Chatbots are low-cost software applications that use Artificial Intelligence (AI) to simulate human conversation through voice commands or text chats or both. They can mimic written or spoken human speech for the purposes of simulating a conversation or interaction with a real person with more than 90 percent accuracy. 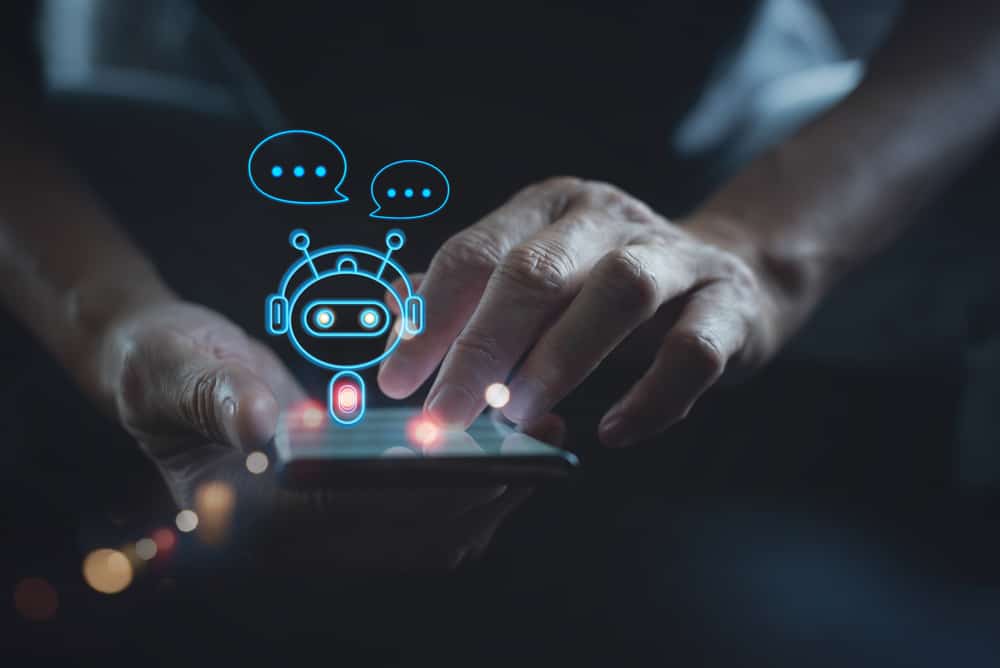 View Full Newsletter
Cities and counties across the United States are reporting staffing shortages within their public safety departments and are looking to find alternative solutions to resolve some of these shortages. One technology being considered is the use of Chatbots for non-emergency calls and for assistance during significant events.
What are Chatbots?
A bot — short for “robot” and is also called an internet bot — is a computer program operating as a call center agent simulating a human response to questions. Bots are programmed to automate certain tasks, so they can run without specific instructions from humans.
This technology has evolved to the point that many companies have begun using chatbots for customer service tasks to cut call center costs. Chabot, short for chatterbot, are “conversational agents” used in the customer service call centers.
IVR vs Chat Bots
Many governments call centers, including 911, use Interactive Voice Response or IVR technology to get a caller to the right call taker. While IVR requires a precise or linear interaction, chatbots can understand disjointed or disrupted dialogue—how most people converse. Chatbots only need to find keywords in the text to know how to reply, making it far easier to talk to them.
How Are Chatbots Being Used Now?
The pandemic has forced many jurisdictions to accelerate the use of chatbots to answer residents’ questions. A recent survey showed that 25% of counties and cities are using chatbots for answering residents’ calls for services. Is this a technology that could relieve the shortages, replace staff?
King County, Washington – A chatbot helped identify people calling for a professional nurse to determine who had coronavirus-like symptoms and would be referred to a test center. The county estimated that the chatbot saved 35 percent of the time nurses had been spending speaking to people without those symptoms.
Placer County, California – The county has implemented the use of a bot called Ask Placer. The bot can answer more than 375 questions.
Fairfax County, Virginia- The IT departments worked with other departments to figure out what their needs were and what their most frequent questions were so that they could build those into their chatbots.
Knoxville, Tennessee – Launched a chatbot focusing on two areas: COVID-19 and the Census.
Austin Police Department (Texas) – Plan to install an artificial intelligence system with the capability to ask the same questions as human operators to assist with their current staff shortages in 311, 911 and police department.
Chatbots and 911
There are several areas where chatbot technology could play a role in 911 operations, such as Text to 911 and foreign language translation. Chatbots can also be used to manage overflow during a surge in emergency calls.
When the Emergency Communication Centers (ECCs) are flooded with emergency calls and the number of calls exceeds the number of operators, callers are placed on hold. Many callers are just witnesses attempting to report what they have seen. Citizens may simply hang up if their call is not answered quickly.
To assist with overflow, chatbots can be useful by answering the overflow calls and recording the data. Chatbots can meet this need since they are infinitely scalable. The technology can theoretically answer an unlimited number of simultaneous phone calls, limited only by available computing power.
This article was authored by Jeff Winbourne. Jeff has served as a subject matter expert, project manager and system designer for over 25 years in the emergency communications industry. During this time, he has worked in over 20 countries to include Ukraine, Chile, Vietnam, Iraq, Poland, and Russia on emergency communications and other projects. In the United States, he has supported many large and small public safety agencies to include Washington, DC, Metro-Dade County, FL; Boston; Fairfax County, Virginia; New York City; Columbus, Ohio, and many others. He worked directly with the Ukrainian first responders to include the Fire Department to establish four 112 emergency communications centers, throughout Ukraine, during 2011-12. Jeff can be reached at jwinbourne@w-llc.com.