Unmanned Aerial Systems are being piloted in a number of public safety environments and its features are being enhanced on a constant basis. For example, two Artificial Intelligence technologies that are being utilized to augment the effectiveness of drones include Augmented Reality (AR) and Virtual Reality (VR) These tools allow for the addition of vital information such as street names, and the ability to track people and vehicles from the air. 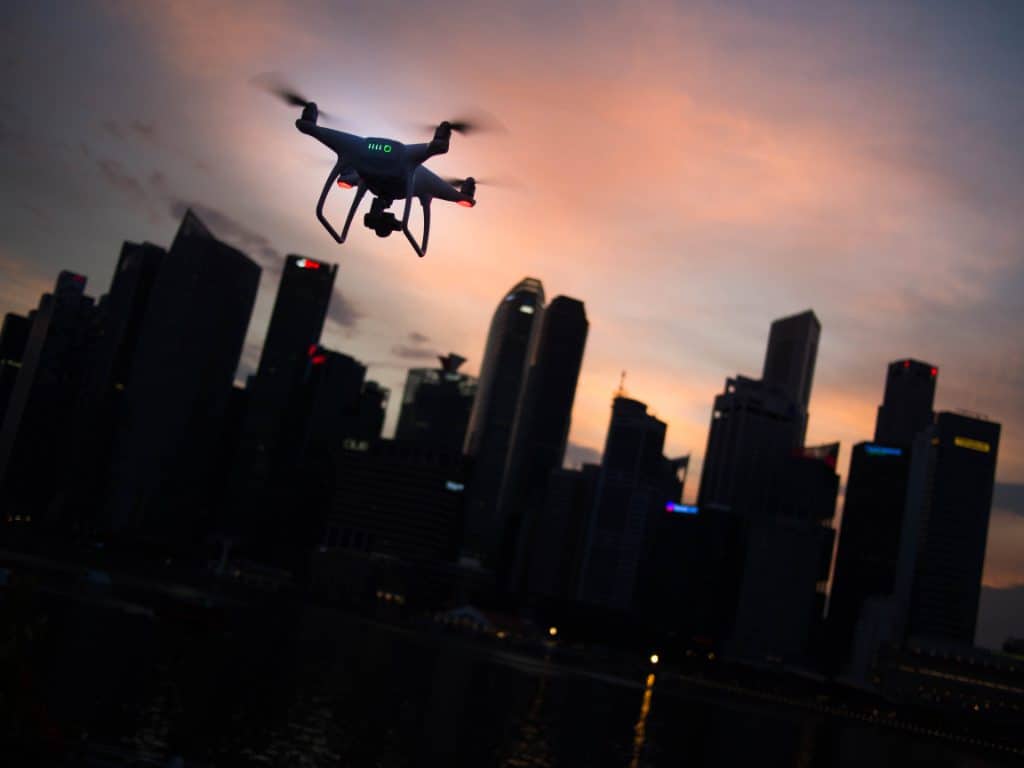 The use of a Drone as First Responder (DFR) program is an innovative and transformative use of Unmanned Aerial Systems (UAS) in the public safety arena. While the concept is considered on the leading edge, it is being viewed as an extremely useful tool and is garnering more and more attention in public safety. Indeed, in some research, the use of drones has been identified as a top area of growth in public safety technology. According to a recent paper by CompTIA “Drones are increasingly being used to perform tasks that endanger people, including search and rescue activities and surveys of elevated infrastructure such as potentially unstable roofs and damaged power lines. Organizations can easily justify investments in drone technologies if they can reduce or eliminate safety risks for employees and others.”

At the International Association of Chiefs of Police in Chicago this past week, the use of UAVs for law enforcement was a topic of great interest. Chula Vista Police Department hosted a panel called Drones as First Responders (DFR), highlighting their program. Chief Roxana Kennedy was clear in stating that this unique pilot program is an enhancement for the Chula Vista officers, not a replacement of the officers. She described the program as a way for “eyes” to arrive on the scene quickly, directed by experienced officers, and providing responding officers with valuable situational awareness before arriving on the scene. The unmanned aerial vehicles (UAV) provide decision-quality data to drive tactics and improve the outcome of an incident. The use of drones was further described as “having angels on your officers’ shoulders”.

Chula Vista Police Department’s DFR program was developed and implemented by CVPD, their vendor/partner Cape Aerial Telepresence (a private UAS teleoperation company), and the San Diego City Integration Pilot Project (IPP) Team. The concept utilizes a UAV to fly to any reported incident and arrive prior to first responders on the ground. The video feed from the UAV is viewed at the police department by a trained first responder called a teleoperator or (TO). The TO is able to operate the UAV remotely and communicate with field personnel via radio immediately. The TO is able to evaluate the scene and circumstances before arriving field units and provide necessary tactical information that help them stay safe and increase efficiency. The video feed is also immediately available to every officer in the field via a smart phone/device application. Officers and fire personnel can see for themselves what they are responding to.

CVPD uses UAS in a variety of circumstances such as documenting crime and accident scenes, searching for missing or wanted persons, fires, and evaluating damage after a major incident or natural disasters. The UAS are launched from the roof of the police department and fly toward the scene of incidents such as a crime in progress, serious accident, officer in need of assistance, or any other incident where having advanced knowledge of what is happening at the scene before police and fire first responders arrive may add to safety and efficiency.

To date CVPD has flown 1000+ missions, assisted on 120+ arrests (many of which would not have occurred without the drone), cleared 200+ calls-for-service without the need to send uniformed officers, and arrived on scene consistently before ground units, averaging a response time of about 2 minutes.

Police Departments with limited resources and personnel often find they are sending uniformed officers to every reported incident with little time to problem-solve prior to arrival. Call-takers in Dispatch Centers barely have time to keep up with the incoming calls for service. DFR’s “secret sauce” is the creation of a new policing position; the Teleoperator, who monitors incoming calls for service, deploying the drone when necessary. DFR is not just a technical solution, but a tactical solution utilizing a trained incident manager.

Unmanned Aerial Systems are being piloted in a number of public safety environments and its features are being enhanced on a constant basis. For example, two Artificial Intelligence technologies that are being utilized to augment the effectiveness of drones include Augmented Reality (AR) and Virtual Reality (VR) These tools allow for the addition of vital information such as street names, and the ability to track people and vehicles from the air. These applications allow for expanded use of UAVs in a wide variety of public safety situations including: